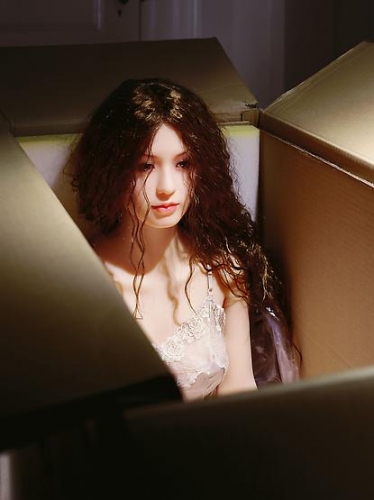 Wilkinson Gallery is pleased to present its first solo exhibition with the acclaimed New York-based artist Laurie Simmons. This will also be the artist’s first solo exhibition in London. Over the last 30 years Simmons has garnered a significant reputation internationally as one of the leading artists to emerge from the New York ‘Pictures Generation’ during the 1970’s and 80’s.

Laurie Simmons moved to New York in 1973, with her close friend and photographer Jimmy De Sana. The two artists converted an old sweatshop in Soho into their studio and living space. Together the pair set up Laurie’s first darkroom, and under De Sana’s tutelage, Simmons came to understand, with a far greater awareness, the intricacies of the camera and the complexities of production techniques. From 1975, Laurie began to photograph her dolls in these evocative nourish black-and-white scenarios. Whilst the resultant images were beautifully intricate alter-realities, the artist was amazed by their apparent realism – ‘I actually believed that the rooms I was shooting could be mistaken for real places’. Simmons was immediately struck by the camera’s propensity to lie – and indeed the role images constitute in our own construction as subjects – whether it be as sons, daughters, family members or citizens.

In the Lower Gallery Simmons presents one of her earliest series, Early Black and White Interiors (1976-78). This series staged these now iconic miniature spaces, using dollhouse furniture and other seemingly banal props, to conjure a pseudo reality. The domestic objects and dated wallpaper, much of which she found in an old general store in upstate New York, were relics of a domesticity that came to define the previous generation, not the countercultural movement to which Simmons and her New York set belonged. Simmons had lived as a self-identified hippie for much of her young adult life. Communal living of this nature - that typified many young peoples experience of the 1970’s - was intended to erase the authoritarian structure of the nuclear family and the parochial idealism of suburbia. There was a critical move among Simmons, and other emerging artists of the period, to deconstruct and question the domestic and social formalism that symbolized 1950’s suburban America and indeed Laurie’s own youth. It was a narrative visible in the work of other key artists of the time like Barbara Kruger, Richard Prince, Martha Rosler and Cindy Sherman. However, Laurie’s exploration of these subjects was totally unique. Her manipulation of miniaturised objects, dolls and interiors provided these domestic Mise-en-scenes with a dream like quality, which isolated the images from the austere ‘Pseudo-Documentary’ aesthetic other artists were trying to achieve. There is a an undeniable reference to memory and youth in these images, specifically the childhood associated with 1950’s popular culture – from the use of the artist’s own toys, to the evocation of editorial pages from Life and Look magazines or family-oriented situation comedies like Father Knows Best. Although these images enter a line of questioning that came to define much artistic output from New York during the late 1970’s – they are uniquely tinged with a poignant sense of nostalgia, but with an equally disquieting sense of dislocation.

In the Upper Gallery Simmons presents six new works from her most recent series, The Love Doll: Days 1 – 30 (2009-11). In the fall of 2009, the artist ordered a customized, high-end love doll from Japan. The doll, designed as a surrogate sex partner, arrived in a crate, clothed in a transparent slip and accompanied by a separate box containing an engagement ring and female genitalia. Simmons began to document her photographic relationship with this human scale ‘girl’. The resulting photographs depict the lifelike, latex doll in an ongoing series of ‘actions’, shown and titled chronologically from the day Simmons received the doll, through to the present. The photos reveal the relationship the artist develops with her model. The first days depict a somewhat formal and shy series of poses with an ever-increasing familiarity and comfort level unveiled as time passes. A second doll arrived one year later. This new character, and the interaction between the two, reveal yet another dynamic in composition - both formally and psychologically.

In search of a stage for her Love Doll, Simmons turned to a human scale home, transforming it into an artfully staged, color coordinated, oversized dollhouse. The Love Doll series is not only a reminder of Simmons’ past examinations of the dollhouse, but also engages with adult fantasies and fetishes, infused with an even more potent sense of desire and regret.